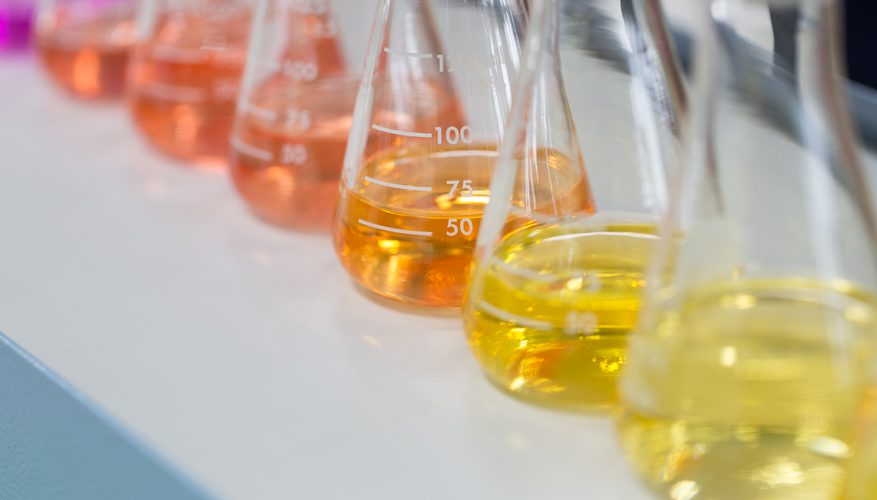 Most common Acetic Acid Uses are :

- As a solvent for many industrial processes

- For the manufacture of :

- For testing blood in clinical laboratory

- Acetic acid is used in industrial fields as a precursor for making various metal acetates, cellulose acetate and vinyl acetate. Metal acetates are used in printing, and cellulose acetate is used to make film for photography. Vinyl acetate is a component in most plastics. Acetic acid is also used to make many different esters used in analytical chemistry. These esters are used as solvents in many commercial products, such as inks and paints.

- Medically, acetic acid is used as an otic solution in the treatment of external ear infections and in physical therapy to treat soft tissue damage in athletes. Acetic acid is also used in several countries as a food additive to regulate the acidity of certain foods and condiments. While not a strong acid, acetic acid is corrosive and can damage the skin and eyes if contact with the undiluted compound occurs. It is also flammable and should be kept away from open flames.

- Acetic acid is used to treat an outer ear infection (external otitis). It works by stopping the growth of bacteria and fungus. Treating the infection reduces pain and swelling in the ear. Wetness in the ear canal can help bacteria and fungus to grow. This medication may also contain drying ingredients such as glycerin or alcohol. Drying of the ear canal helps to cure the infection.