Naphtha is a generic term applied to refined, partly refined or unrefined petroleum products and liquid products of natural gas which distill below 240 degrees Celsius; the volatile fraction of the petroleum, which is used as a solvent or as a precursor to gasoline. 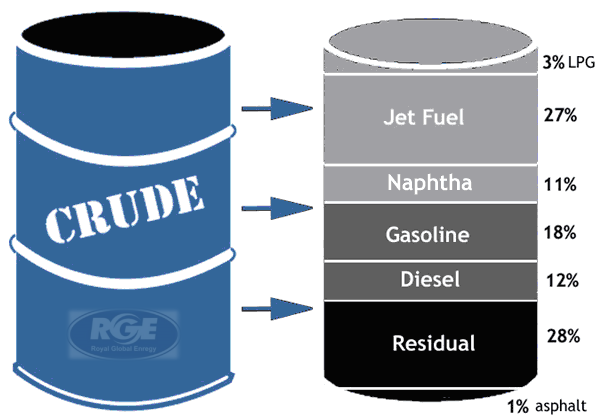 Naphtha contains varying amounts of its constituents viz., paraffins, naphthenes, aromatics and olefins in different proportions in addition to potential isomers of paraffin that exist in naphtha boiling range.

Naphtha is the first petroleum product produced during the distillation process and subsequently upgraded to make the major components of gasoline. Virgin or straight-run Naphtha is the largest source of Naphtha in most petroleum refineries. The virgin Naphtha is often further distilled into two streams:

Virgin heavy Naphtha is usually processed in a catalytic reformer because the light naphtha has molecules with 6 or less carbon atoms and lower molecular weight hydrocarbons which are not useful as high-octane gasoline blending components.